The Presbyterian View of Baptism 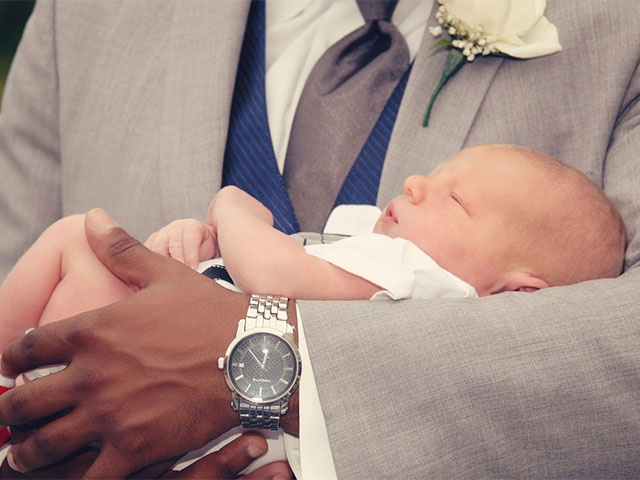 THE BIBLICAL AND HISTORICAL BASIS FOR THE PRESBYTERIAN VIEW OF BAPTISM

Westminster Confession of Faith – Chapter 28: of Baptism
1. Baptism is a sacrament of the New Testament ordained by Jesus Christ by which the
person baptized is solemnly admitted into the visible Church. Baptism is also a sign
and seal to him of the covenant of grace, of his ingrafting into Christ, of
regeneration, of remission of sins and of his surrender to God through Jesus Christ to
live a new life. The sacrament of baptism is by Christ’s appointment to be
continued in His Church until the end of the age.
2. The outward element to be used in this sacrament is water. The person is to be
baptized in the name of the Father, and of the Son and of the Holy Spirit by a
minister of the gospel who has been lawfully called to that office.
3. Immersing is not necessary. Baptism is rightly administered by pouring or sprinkling
water upon the person.
4. Not only those who personally profess faith in and obedience to Christ but also
infants of one or both believing parents are to be baptized.
5. Although it is a great sin to despise or neglect this ordinance, nevertheless, grace
and salvation are not inseparably connected with it. A person can be regenerated
or saved without it. Neither is it true that all who are baptized are undoubtedly
regenerated.
6. (See Confession)
7. The sacrament of baptism is to be administered only once to any person.

I. WHEN GOD MAKES A COVENANT WITH MEN, HE AFFIRMS IT WITH A SIGN OF THE COVENANT.

A. The Covenant with Noah (Genesis 9:8-17)
1. The content of the covenant: “Never again will all life be cut off by
the waters of a flood; never again will there be a flood to destroy
the earth.”—Genesis 9:11
2. The sign of the covenant: The rainbow—Genesis 9:13
The sign was a visible guarantee that God would keep His promise,
so the focal point of the sign is the promise.
B. The Covenant with Abraham (Genesis 17:1-14)
1. The content of the Covenant, “Abraham believed God and it was
credited to him as righteousness”—Genesis 15:6
“I will be your God and the God of your descendants.”—Genesis
17:7

This has been called the Covenant of Grace.

The covenant of grace is summarized in Ephesians 2:8,9: “For it is by grace you have
been saved, through faith—and this is not from yourselves, it is the
gift of God—not by works, so that no one can boast.”
2. The sign of the covenant is Circumcision.—Genesis 17:11,12
This sign of the covenant was a sign and “seal of the righteousness
that he (Abraham) had by faith.”—Romans 4:11
Again, because the focus of the sign is on the promise, this sign of
circumcision was also to be placed upon each male child when he
was eight days old—before he could demonstrate faith!
C. The New Covenant (Luke 22:20)
1. The content of the covenant: The content is not new, still the
covenant of grace, but the administration of the covenant is new.
The ordinances such as circumcision, Passover and the ceremonial
law was no longer a necessary part of the covenant of grace
because they were fulfilled in Christ.
The new ordinances instituted by Christ are the Lord’s Supper and
Baptism.
It is significant that the Lord’s Supper carries with it a severe warning
if taken by someone who has not yet believed (I Corinthians 11:23-
24). There is no parallel warning in the case of baptism.
2. The sign of the covenant: baptism.
There is a close relationship between circumcision and baptism:
a. They both symbolize cleansing.
b. Baptism, like circumcision, is a seal of the righteousness we
have by faith.
c. Paul ties the two together in Colossians 2:11,12
The sign of baptism focuses on the promise of the covenant of
grace, not on the person being baptized. Children of believing
parents receive the sign of baptism
1) because God Himself has set them apart—I Corinthians
7:14 (a part of the visible church).
2) Because of Jesus’ own relationship to the children—Mark
10:13-16
3) Because God guarantees to keep His promise to save
that child, if he or she believes in Christ as personal savior
and Lord.

A. Why is there no commandment in the New Testament to baptize infants?
Some doctrines are explicit in the Scriptures, others are implicit (implied and
deduced). For example, Christians are hard pressed to point to a chapter
and verse which “proves” our doctrine of the Trinity that God is three distinct
persons, yet one God.
It is also important to remember that the practice of placing the sign of the
covenant and the cleansing represented upon children had been practiced
in the Jewish community for 2000 years. There was no need for a
commandment to do something which had been a practiced principle in
History.
Finally, those who do not practice infant baptism usually practice
“dedication”. There is no commandment for dedication. To say that Jesus’
dedication is an example for us to follow is not right because that was part of
the Hebrew ceremonial law which was fulfilled by Christ. Jesus’ dedication
was for the purpose of offering a sacrifice to the Lord for purification.
B. Are there examples in the New Testament?
There are two instances of “household” baptisms in the book of Acts. Acts
16:15, 31-33, the household of Lydian and the Philippian jailer. These
baptisms of entire households following the conversion of an adult is exactly
the same as the practice of circumcision with the Jews in the Old Testament.
(Genesis 17:11-13)
Also, the Acts 2:38,39 is a significant consideration. When Peter said that the
people should repent and be baptized, he certainly was speaking to adults
who had not yet believed in Christ, because infants can’t repent. But he
concluded that statement with the words in verse 39 “the promise
(covenant) is for you and your children.” Those words are almost identical to
the words God spoke to Abraham after he had repented, believed, and was
circumcised. Because the “promise” was to Abraham and his children, they
too were to receive the sign of the covenant.
It is silent about how the children were treated with respect to baptism, but
the text certainly allows for the possibility of it right there as a continuation of
a God-ordered principle.

III. THE HISTORY OF THE CHURCH

Very little is written on infant baptism in the manuscripts we have found in the
first 2 centuries. We don’t have many manuscripts and there are many subjects
not mentioned. In the early days they only wrote in the face of controversy and
at the rise of new heresies. Somehow covenant baptism had started in the first 2
centuries with no written opposition. These are some helpful quotes that I have
found in my research:
Pastor Michael B. Schuelke, Fairfield Presbyterian Church, PCA
4
1. Augustine of Hippo. (A.D. 354-430)
In his commentary on Romans 5:12-21 he wrote that however it may be
taken, it…”can have no other sense but such a one by which it has come to
pass that the whole church from old, has constantly held that fidel
(baptized) infants obtain remission of original sin by the baptism of Christ…By
their crying and noise while the sacrament is administered, infants disturb the
holy mysteries; and yet no Christian men will say that they are baptized to no
purpose. And if anyone does ask for divine authority in this matter, though
that which the whole church practices and which has not been instituted by
councils—but was ever in use—is very reasonably believed to be no other
than a thing delivered by authority of the Apostles, yet we may besides take
a true estimate, how much the sacrament of baptism does avail infants, by
the circumcision which God’s former people received.”
Here Augustine declares that a church council has not declared the
institution of infant baptism; and therefore, since it is practiced, it is
reasonably believed to be delivered to us by Apostolic tradition.
2. Cyprian of Carthage. (A.D. 200-258)
In the African Church, it is quite obvious that infant baptism was practiced in
the day of Cyprian. A rural bishop by the name of Fidus wrote to Cyprian to
ask his opinion in view of the express command of the Old Testament
circumcision as to whether an infant should be baptized before eight days.
The significance of this information found in Cyprian’s Epistle 64 is that the
question was not whether infant baptism was right or wrong, but when it
should be practiced.
3. Tertullian of North Africa. (c. A.D. 160-220)
In his volume De Baptism, chapter 18, written about A.D. 200 Tertullian
challenges the practice of infant baptism.
“Why is the age of innocence in such a hurry for the forgiveness of
sins?” Also, “Therefore let them come when they are grown up; let
them come when they understand whether it is that they come: let
them be made Christians when they can know Christ.”
Two things have to be understood. One, he is making this proposition on the
faulty theological grounds that children are born sinless—“age of
innocence.” Second, he is the one raising the question about an already
widespread practice of infant baptism. How did it get started and spread so
rapidly in 100 years if it is such a great heresy?
4. Hippolyphis of Rome. (A.D. 160-236)
In his writing entitled the Apostolic Tradition (c. 215-217) he makes reference
to baptizing the little one first in the order of the baptism service.